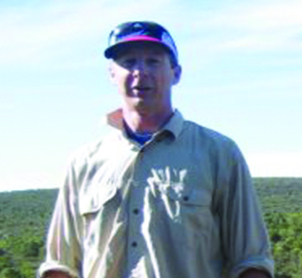 PAUL is a program and workshop facilitator who specialises in leadership, group dynamics, change management and coaching.  Paul comes with a 25 year corporate background involving leadership, project management and problem solving in complex environments.  Paul has worked with adults from the corporate, volunteer, emergency services and defence force sectors; and adolescents with a focus on boys at risk of not succeeding in life.  Paul initially trained as a chemical and process engineer, but quickly moved into the IT industry which was at its inception.  Paul has worked for major corporate organisations worldwide including Mobil Oil, BP, Alcoa, Lufthansa and IBM.  Paul’s roles included systems engineer and project manager.  To complement Paul’s corporate life, he chose to return to university and pursue a Graduate Diploma in outdoor pursuits, where he met the director of OI, and started a second career as a facilitator and program director.  Paul has now left the IT industry and re-trained as a psychologist and currently works in adult mental health.  Paul was born in New Zealand, so it is not surprising that outside of the corporate world he has a keen interest in sport and the outdoors.  Paul has played touch rugby at a state level, and has led expeditions into the Kimberley and North West Cape in WA.  Further he has a passion for roping and worked professionally in climbing, abseiling and vertical entry caving.  If he could only choose one sport he would windsurf, sailing the idyllic waves of Western Australia.  Paul is still a New Zealander at heart, making him a keen supporter of the All Blacks.  He also travels back to NZ every year to spend time with his family and climb mountains.  Paul is a registered psychologist and works passionately to improve the functionality of individuals, groups or teams, and organisations.  He is authorised to conduct a range of psychometric tests targeting strengths and personality characteristics.  Further he is actively working with emergency services and defence force personnel that have suffered trauma injuries in their line of duty.

Back To Team Members